I have never made blondies before and have been holding onto this recipe since 2005. They were a snap to whip up and were very tasty; they reminded me of the huge ‘skillet cookies’ some restaurants have as a dessert.

I was convinced these wouldn’t work because my batter was so thick. Like wet asphalt thick, or maybe marzipan thick. I was convinced I’d missed an ingredient and reread the recipe over and over. I was sure it was too thick to produce anything tasty so I threw in buttermilk and an extra egg. I think the additions did the trick – they were the perfect cakey texture of a brownie with the tastes of a cookie. Amazing! 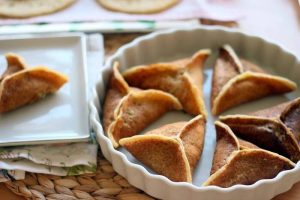 Katayef with sauteed leek and cheese 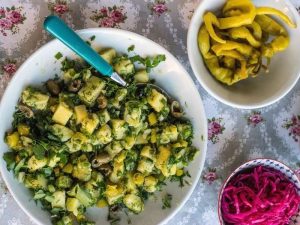 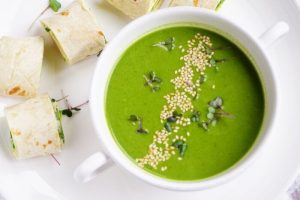 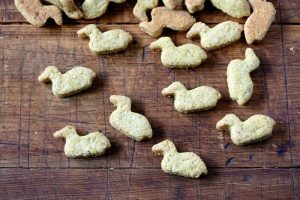